What gets people talking about a brand on Facebook?

Social Media is still a nascent playing field, especially when it comes to brand marketing. In the case of social giant Facebook, tracking how well your brand is doing becomes more complex almost daily. What was once a simple exercise in counting "Likes", brands must now monitor following, check-ins, We're Here, reach, and something called "Talking About."

The brand-watchers over at Shazam ($PRIVATE:SHAZAM) (the music-recognition appp) must be double confused lately. The current subject of a very public - and controversial - takeover bid by Apple, Shazam is seeing a spike in people talking about the brand on Facebook. As the takeover bid makes its way through European courts and ultimately into Facebook users' newsfeeds, there is a current - and growing - jump in people talking about Shazam on the world's largest social network.

But there was an even larger spike in Facebook Talking About's for Shazam in October, 2017. When we reviewed newsfeeds from that time period for the Shazam app to find a source for the spike, there wasn't much happening aside from some music awards shows that wouldn't have created this level of activity.

Instead, it turns out that millions of movie and comic fans were talking about announcements related to an upcoming movie adaptation of Shazam... the comic. 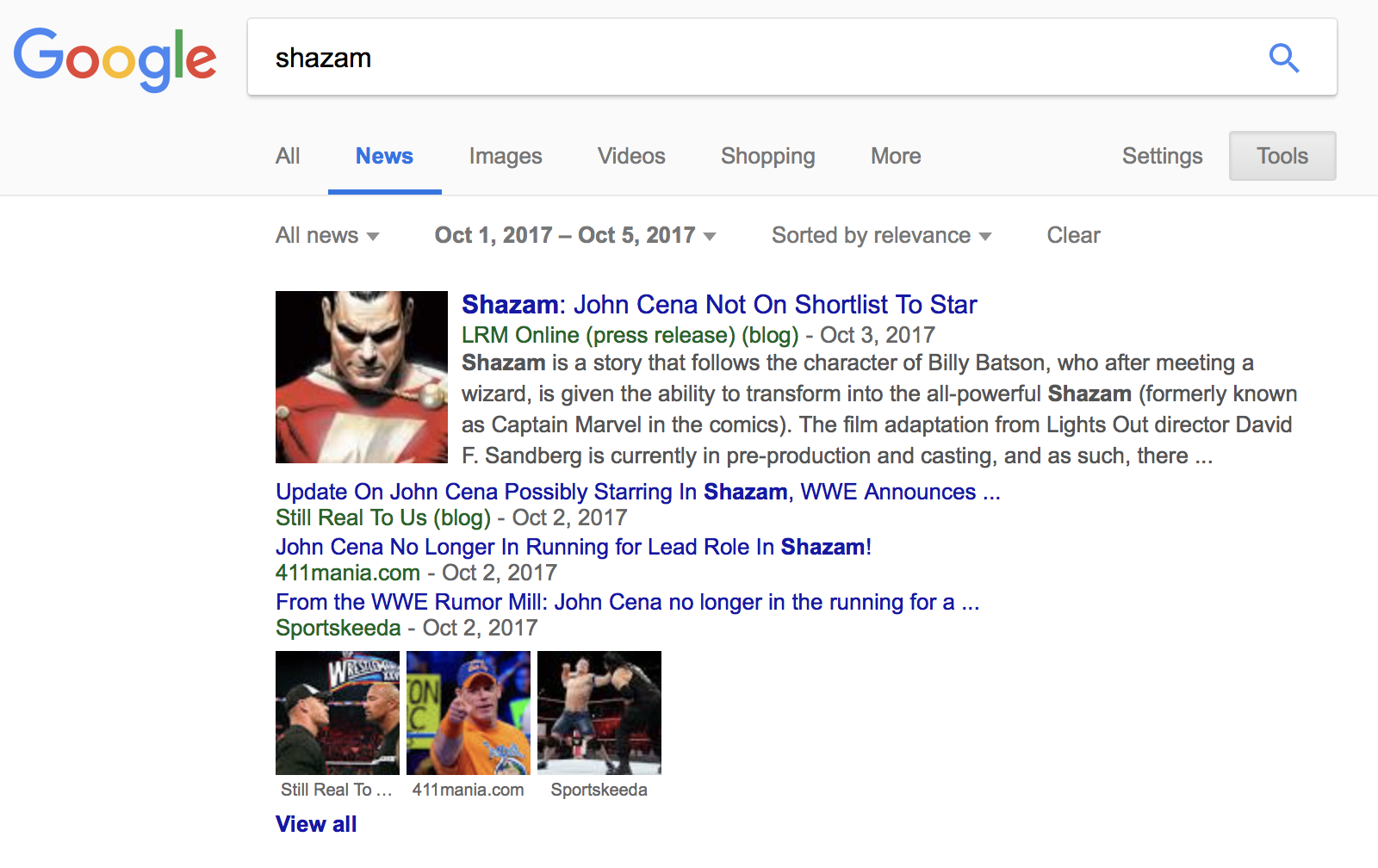 So is "Talking About" a reliable Facebook metric? In most cases, it should be. That's because most brand names are not the same as a major upcoming motion picture that's hotly anticipated by comic and movie fans, who turn out to be some of the most active social media communities.

Just to verify that the Shazam bump in "Talking About" in October was actually about the movie, we checked what appear to be two aftershocks following the original spike in early October. Sure enough, the next one occurs when studios announced that the DC movie would star Zachary Levi.

So how did this happen? It's likely because of Facebook's auto-linking functionality.

...the number of unique users who have created a “story” about a page in a seven-day period. On Facebook, stories are items that display in News Feed. Users create stories when they:

In this case, it's likely that as people mentioned the movie Shazam, Facebook saw this as a mention of Shazam the music-recognition app, who claimed the "Shazam" username on the social network years ago at https://www.facebook.com/Shazam/.

So, lesson learned? If you want people to talk about your brand, name it after a movie.