The latest news on CoolSculpting, Sears, and the New York Times' coverage of Donald Trump.

Back in 1993 on this date, it was the first time Martin Luther King Jr. Day was celebrated in all 50 states. That's right; in Arizona, Governor Evan Mecham made waves when he decided to cut MLK Day as a paid federal holiday in the state in 1987. It took six years and the NFL moving Super Bowl XXVII away from Arizona in protest to bring Martin Luther King Jr. Day back as a paid federal holiday on the third Monday of January, and thus, January 17, 1993 was the first day where MLK Day was celebrated around the country.

Now that you have a history fact to talk about while you shop at the latest mattress or used car sale this Monday, here are the Numbers You Need to Know. 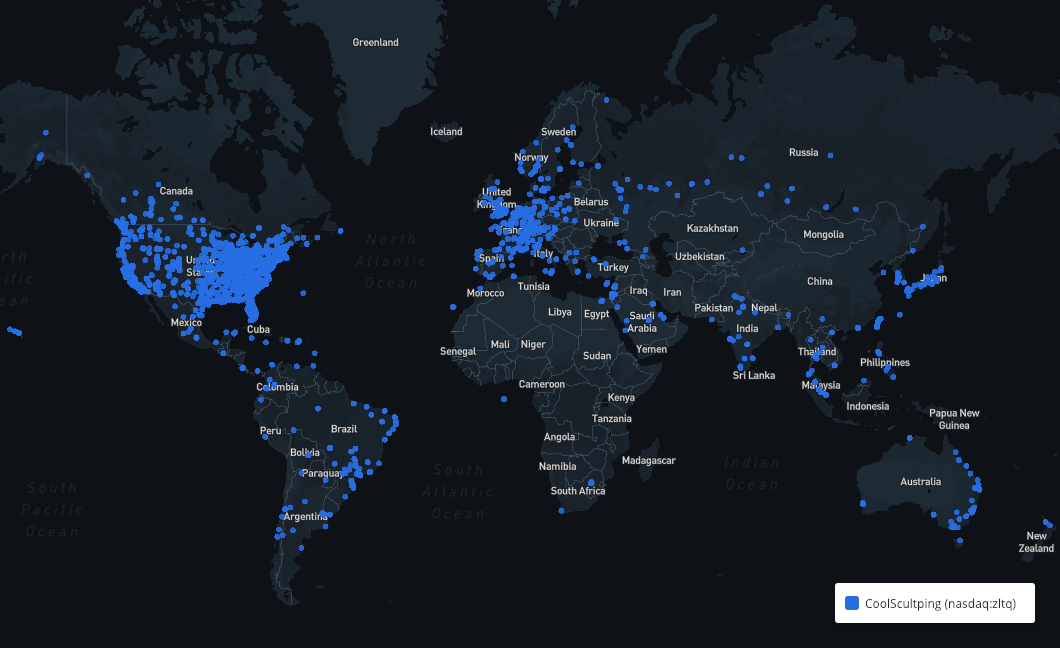 The number of locations where one could "freeze off fat" using CoolSculpting ($ZLTQ). The company saw the number of facilities that had its product grow 57% outside of the U.S., as we analyzed here.

The winning bid for Sears ($SHLD) as submitted by ex-CEO and current Chairman Eddie Lampert. He's now the proud owner of 400+ stores that will keep running thanks to his bid.

The percentage of New York Times ($NYT) print articles that mention President Donald Trump, according to Reddit user Everest4ever who extracted data from the NYT database. Trump currently gets more coverage than any other Preisdent in the past 39 years.