Where Lime will launch scooters and bikes next, including Montevideo, Adelaide, and more

Lime's listings for Operations Managers in several cities and countries that don't currently have the service may be a clue into where the scooter service will expand to next.

Over the past two years, the electric scooter and bike sharing service Lime ($PRIVATE:LIMEBIKE) rapidly expanded around the globe, appealing to local governments and communities in order to get more scooters on the road for local commuters. Today, there may be a way to predict where it will plant its roots next, and it is through data that is literally in front of our eyes. Well, our eyes at Thinknum, that is.

On the official Lime job listings page, communities such as Adelaide, Australia and Montevideo, Uruguay have listed job openings, but they are not cities where Lime currently has publicly stated residency.

The company listed 37 positions on February 10, with the majority of them being some form of an "Operations Manager." 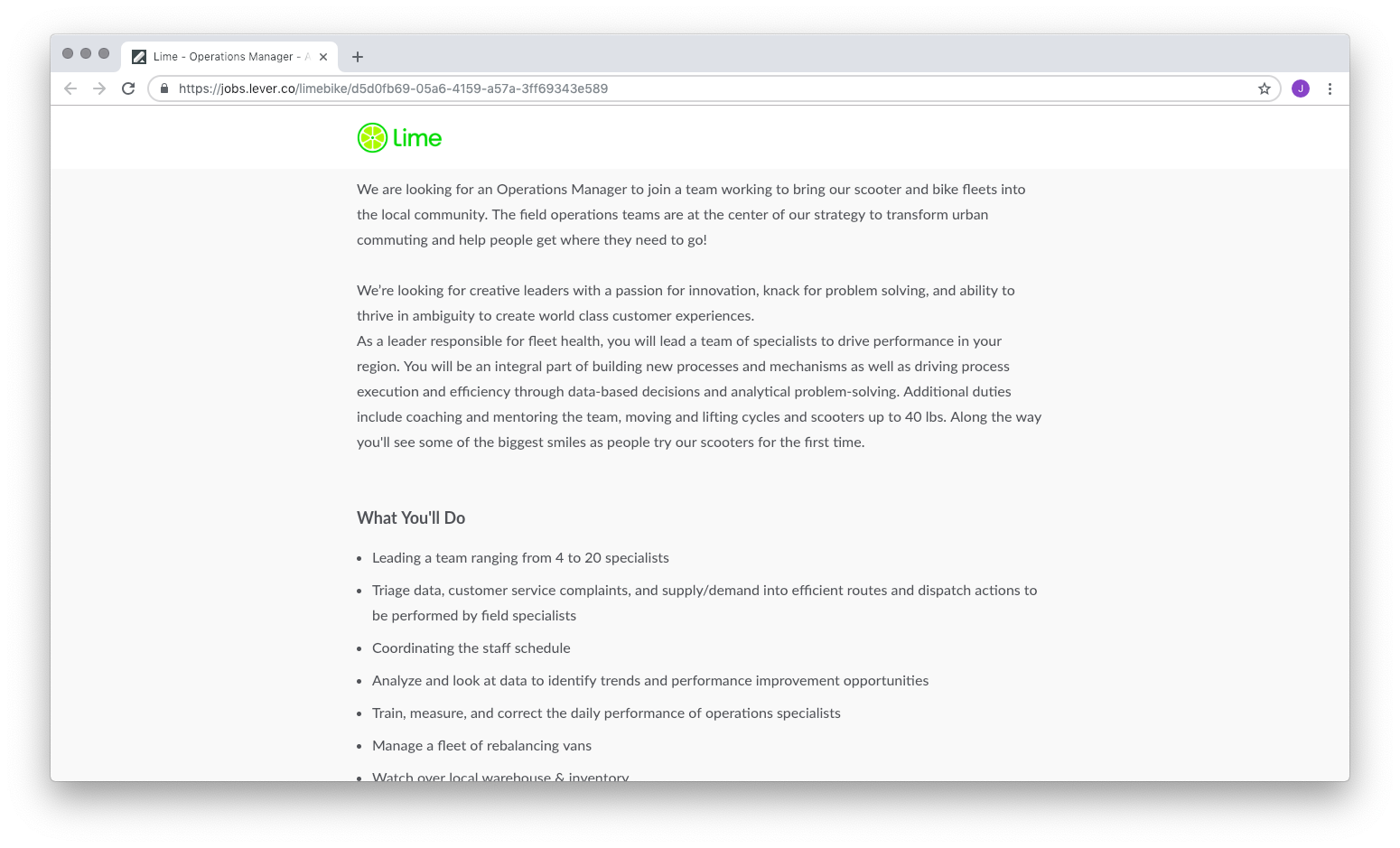 In summary, an Operations Manager is the leader of a Lime local team whose goal is to bring the company into the community and keep its future customers happy.

On February 10, 23 out of the 37 job postings were for Operations Managers, with two being Regional positions within the Americas, and another being for multiple locations in Europe***.

Each job posting had a "Location Text" which states where the job is based out of, and most of which have the exact city and state. Here's a look at all the Operations Manager postings as sorted by Location Text, with cities that were not listed as Lime location italicized.

This all falls in line with recent reports that Lime is looking expand to multiple countries in the near future as they try to keep up with scooter service rival Bird ($PRIVATE:BIRD).

As Lime enters 2019 with dozens of cities in its portfolio, the unicorn startup that's valued at $2.4 billion expects to continue aggressively spreading around the world with its dockless scooters and bikes, and it may be leaving breadcrumbs on where it will go next through its own job listings.