Twitter has become President Trump's most valuable messaging platform. Who sits at the top of Twitter, and what do they do?

When Twitter ($TWTR) launched in 2006, it was little more than a curious messaging platform that challenged users to make a point in 140 characters. Some users turned the format into an artform, the service flourished, and it now claims 330 million active users as of October, 2017.

Some of those users - especially the most popular ones - use the platform to promote their music, to affect world change, and, as we've learned in the past couple years, to deliver Presidential statements as we wake up.

But Donald Trump's Twitter account, perhaps the most famous - or infamous - one, isn't the most-popular one. That honor goes to musician Katy Perry who claims 109,252,106 followers as of March, 2018. Former President Barack Obama is next with 101,789.876 followers. 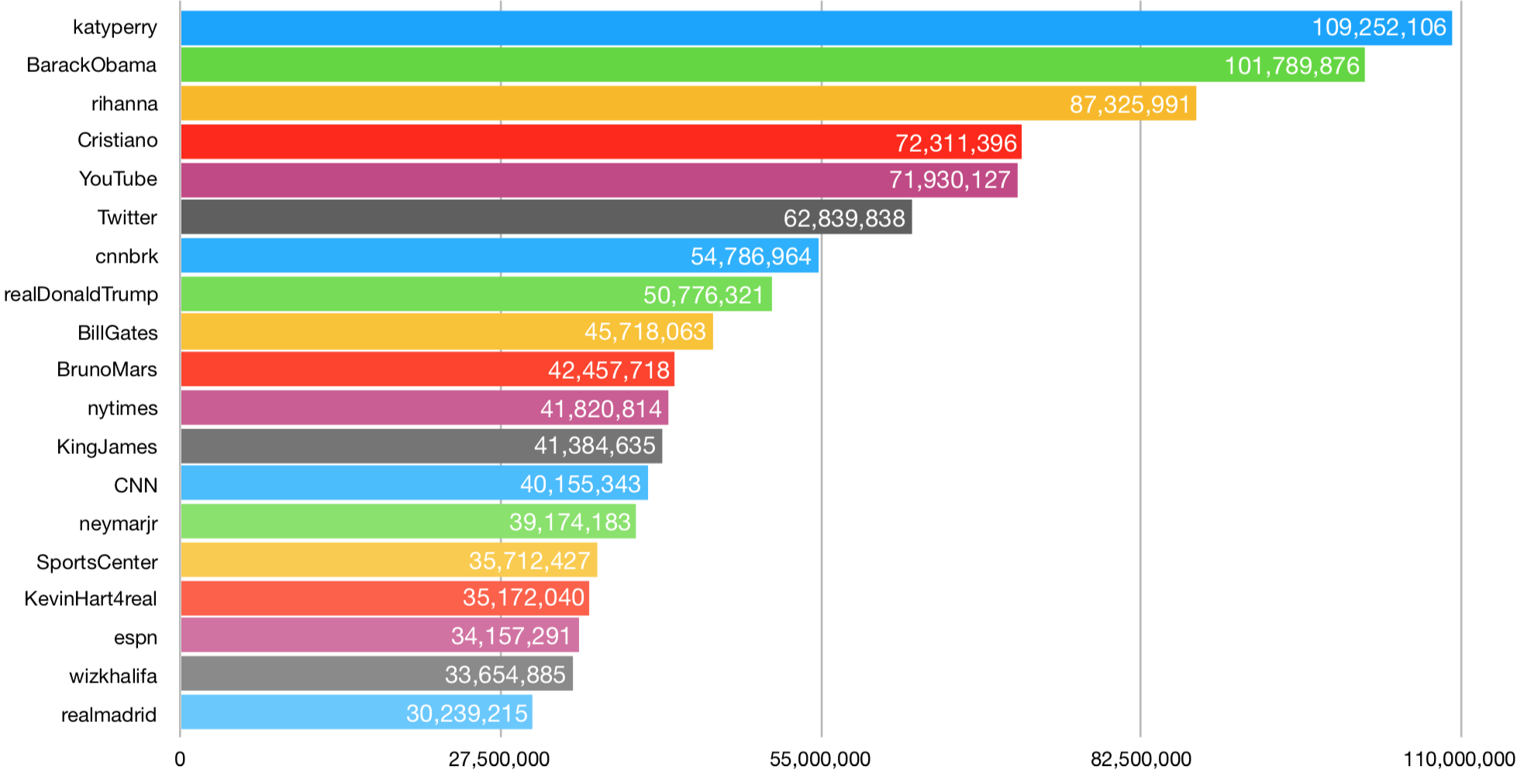