Audi, Mercedes, and BMW vehicles have all seen their resale values drop since 2015. Here's the data.

And Audi's not alone. It turns out that for all German luxury car makers, resale value has been on a steady decline since we began tracking this data in 2015. 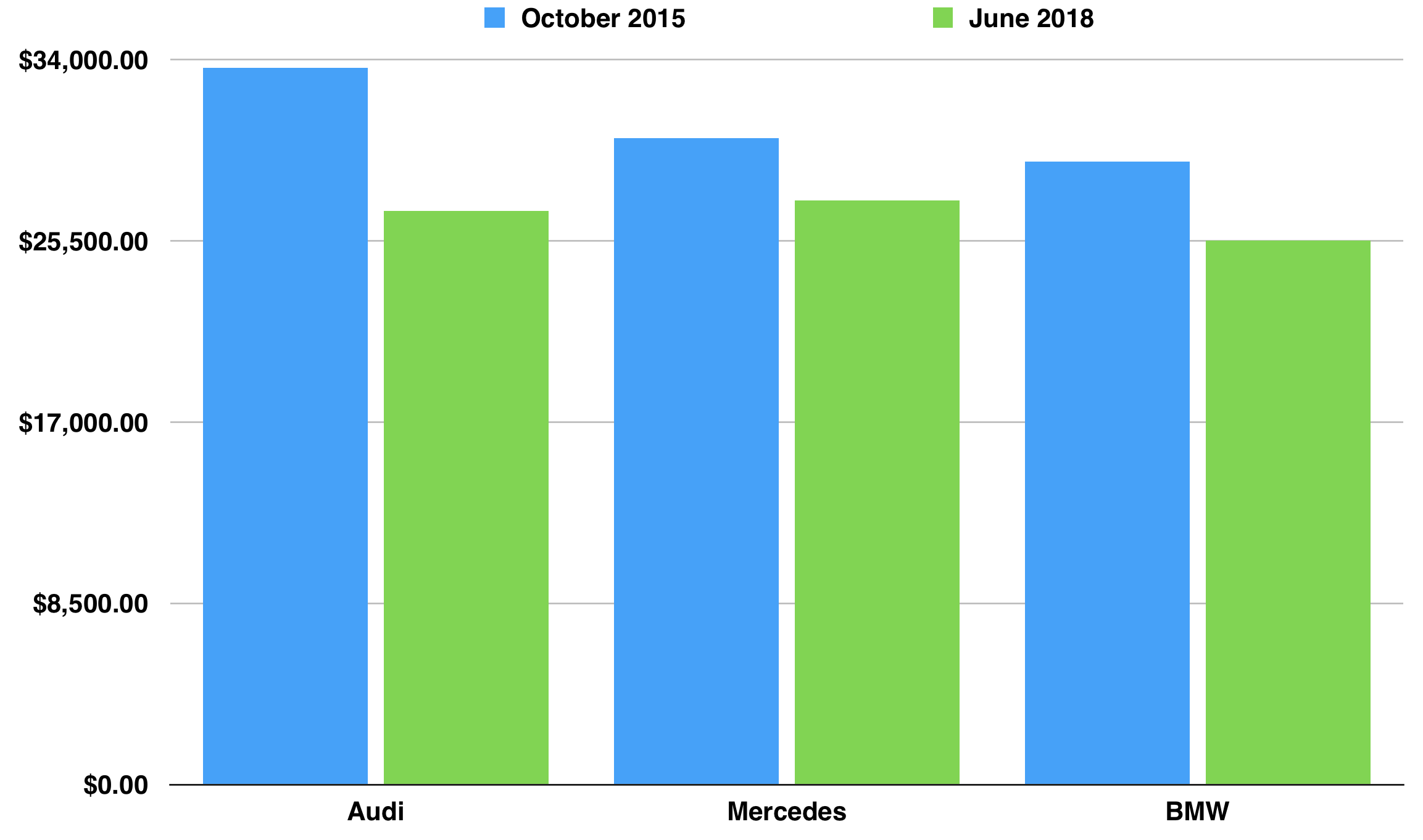 The relative average value of German luxury car brands at CarMax has shifted as well. In 2015, Audi was by far the most expensive brand of the three, at least in terms of resale average price. Today, however, Mercedes has taken that title. BMW has remained in third place in terms of resale value throughout that period.

To give this some historical context — not necessarily causative historical context — October 2015 was one month after the infamous Volkswagen emissions scandal began. This was when the United States Environmental Protection Agency issued a notice of violation of the Clean Air Act to Volkswagen Group, leading to the arrest of Audi CEO Rupert Stadler just two days ago. While Mercedes and BMW were not directly accused, some studies found that the two manufacturers were toying with their emissions data as well. It's possible that those events have led to a slight change in value perception on the part of used-car buyers.

Of course, other factors could be at play here other than simple value perception on the part of buyers. It's possible that the inventory of cars from German luxury makers has simply changed at CarMax, or that the cars they've received have tended to be less-expensive models. It's also possible that the manufacturers have introduced less-expensive models that are now making their way to resale markets, such as the Mercedes CLA which was introduced in 2013 at a sub-$30,000 price point.

Car age and mileage doesn't appear to be a factor here, either, as the charts below show (note that the age values for year are a decimal off, where 2.0140k is year 2014 - this is due to how the data is scraped). In fact, average mileage has even been on the decline while average year has moved proportional to time, meaning that the cars being sold at CarMax are neither older or longer in the tooth mileage-wise.

Whatever the reason, one thing remains clear: German luxury cars are going for less today at America's largest used-car reseller, CarMax, than they were in 2015.