As Harley Davidson gets slammed by tariffs, here's a look at its global footprint

Thousands of locations throughout the world and more than 8,000 jobs could be under the microscope as the company gets slammed by 33% EU tariffs.

Motorcycle (and American) icon Harley Davidson ($HOG) recently announced that new European Union tariffs on its motorcycles have increased the average cost of an EU-bound motorcycle by about $2,200. As a result, the company is already looking to move manufacturing of some of its motorcycles from the US to Europe.

This is because new tariffs on the motorcycles jumped from 6% to a massive 31%. The tariffs were imposed on June 22 in response to US tariffs on inbound steel and aluminum.

Harley Davidson has a big presence in Europe, too, as the map below indicates. 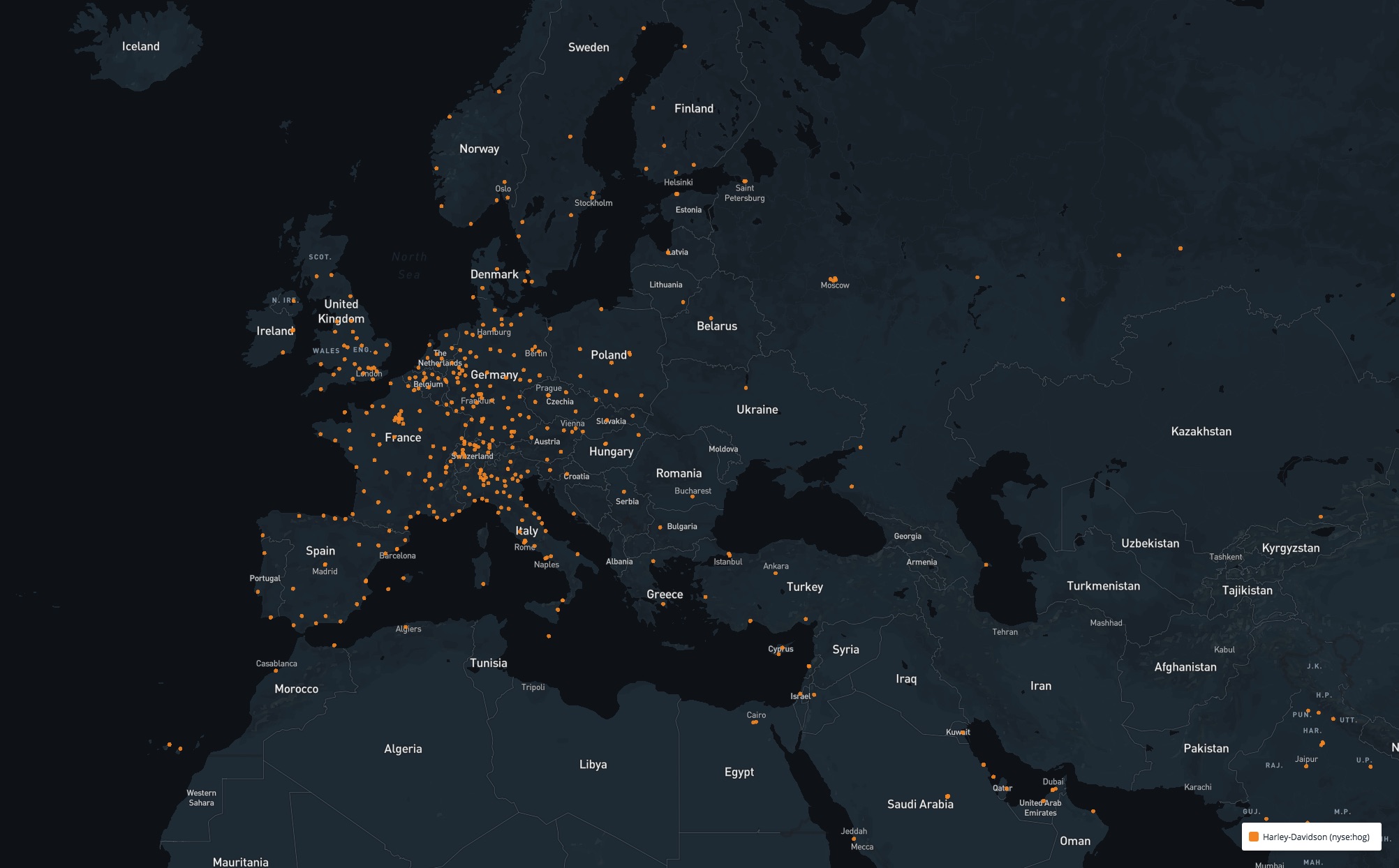 Harley Davidson says it will be eating the additional costs, however, in a move to keep the cost to consumers for its motorcycles competitive. The company estimates this will cost them $30 to $45 million in 2018 alone, and as much as $100 million next year.

Harley Davidson's long-term plan to avoid the new tariffs will be to move production away from the US and into EU facilities.

As of today, Harley Davidson has no European-based jobs listed on its website. We expect that to change shortly as the company move to open facilities in the EU. As of today, 8,280 people claim to work for Harley Davidson via LinkedIn currently. That's up from just over 7,000 last fall. It's hard to know how many of those jobs will be affected by the tariffs and subsequent manufacturing shift.